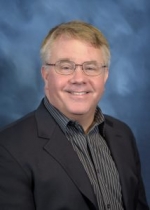 About the Event: The natural world is a beautiful and intricate system of intertwined and overlapping material ecosystems. One important reason why these naturally interdependent cyclic systems exist is because of the very fact that they all co-emerged over hundreds of thousands of years in the presence of one another. Evolutionary forces drove symbiotic relationships by selecting for and against mechanisms and materials that were conducive to the success of the entire multi-component matrix. As human society seeks to create a circular economy, where waste is reduced to a minimum and materials are used as long as possible, we have the added challenge that industries have developed independently, essentially unaware of adjacent processes and will continue to exist disconnected and unsustainable over the long run. The pathway to create sustainable technological ecosystems will require the inventive application of green chemistry (the molecular level mechanistic underpinnings of sustainability).

About the Speaker: Dr. John C. Warner is a distinguished research fellow at the Zymergen Corporation where he is helping to design and create commercial technologies inspired from nature consistent with the principles of green chemistry. With nearly 300 patents, he has invented solutions for dozens of multinational corporations, and his inventions have also served as the basis for several new companies.

John received his BS in Chemistry from UMASS Boston and his PhD in Chemistry from Princeton University. After working at the Polaroid Corporation for nearly a decade, he then served as tenured full professor at UMASS Boston and Lowell (Chemistry and Plastics Engineering). In 2007 he founded the Warner Babcock Institute for Green Chemistry with Jim Babcock, and Beyond Benign with Amy Cannon. He now advises several international organizations and in 2020 began working with the Zymergen Corporation.

This event is presented in collaboration with libraries in Andover, Tewksbury, and Wilmington.