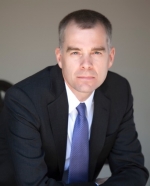 Bestselling author Kyle Mills will discuss his brand new book Total Power, the latest in the popular Mitch Rapp series created by the late Vince Flynn, in this Zoom webinar.

How to Register: Register directly on Zoom HERE. Space is limited.

How to Buy a Copy of the Book: Autographed copies of the book, accompanied by a unique Mitch Rapp holiday card, will be available on a first-come, first-served basis by visiting this customized ordering page from our bookstore partner, Wellesley Books. While Total Power is not released until September 15, pre-orders will be taken.

About the Author: Kyle Mills is the #1 New York Times bestselling author of nineteen political thrillers, including Red War for Vince Flynn and The Patriot Attack for Robert Ludlum. Mills has now written six books for the popular Mitch Rapp series, carrying on the beloved character created by the late Vince Flynn. Mills initially found inspiration from his father, the former director of Interpol, and still draws on his contacts in the intelligence community to give his books such realism. Avid outdoor athletes, he and his wife have lived in Jackson Hole, Wyoming, for over twenty years. Learn more about Kyle HERE.

About the Book: In the next thriller in the #1 New York Times bestselling Mitch Rapp series, it’s a race against the clock when ISIS takes out the entire US power grid and throws the country into chaos.

When Mitch Rapp captures ISIS’s top technology expert, he reveals that he was on his way to meet a man who claims to have the ability to bring down America’s power grid. Rapp is determined to eliminate this shadowy figure, but the CIA’s trap fails.

The Agency is still trying to determine what went wrong when ISIS operatives help this cyber terrorist do what he said he could—plunge the country into darkness. With no concept of how this unprecedented act was accomplished, the task of getting the power back on could take months. Perhaps even years.

Rapp and his team embark on a desperate search for the only people who know how to repair the damage—the ones responsible. But his operating environment is like nothing he’s experienced before. Computers and communication networks are down, fuel can no longer be pumped from gas stations, water and sanitation systems are on the brink of collapse, and the supply of food is running out.

Can Rapp get the lights back on before America descends irretrievably into chaos?

This compulsive thriller proves once again that the Mitch Rapp series is “the best of the best when it comes to the world of special ops” (Booklist, starred review).

About the Series: A collection of North of Boston libraries -- Andover, Billerica, North Reading, Tewksbury, Wilmington and Woburn -- have joined forces to host a series of virtual discussions with bestselling authors this fall. Their next virtual event will take place on Wednesday, September 23 at 7pm with Terry Virts, a retired NASA astronaut, International Space Station commander and colonel in the United States Air Force. Virts is the author of the brand new book, How to Astronaut: An Insider's Guide to Leaving the Planet, and View From Above: An Astronaut Photographs the World.